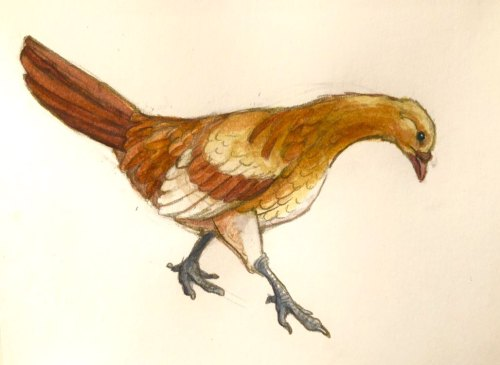 By Ripley Cook  Etymology: Old buffalo weaver First Described By: Crowe and Short, 1992 Classification: Dinosauromorpha, Dinosauriformes, Dracohors, Dinosauria, Saurischia, Eusaurischia, Theropoda, Neotheropoda, Averostra, Tetanurae, Orionides, Avetheropoda, Coelurosauria, Tyrannoraptora, Maniraptoriformes, Maniraptora, Pennaraptora, Paraves, Eumaniraptora, Averaptora, Avialae, Euavialae, Avebrevicauda, Pygostylia, Ornithothoraces, Euornithes, Ornithuromorpha, Ornithurae, Neornithes, Neognathae, Galloanserae, Pangalliformes, Paraortygidae Status: Extinct Time and Place: Between 33 and 30 million years ago, in the Rupelian age of the Oligocene of the Paleogene  Archaealectrornis is known from the Brule Formation of Nebraska  Physical Description: Archaealectrornis is an ancient chicken relative, about 56 centimeters in length – roughly the same length as a living Mallard, though of course, Archaealectrornis was shaped more like modern currasows and chickens. It was a fairly stout bird, stouter than its close relatives, especially in the wings – indicating it convergently evolved with proper chickens, despite probably being closer to curassows. It would have been round in appearance, and probably ornamented in some way like living chickens. Diet: It is uncertain what sort of food Archaealectrornis ate, given its skull is not preserved. Given that, it seems likely that it fed on fruits, leaves, and seeds, like many modern curassows – also, potentially, insects. Behavior: Archaealectrornis probably behaved similarly to modern landfowl, with bobbing heads, carefully placed steps, and extremely clumsy flight. It also probably used display feathers to attract mates. Given it was a smaller animal, it would have been fairly skittish. Beyond that, its uncertain how Archaealectornis would have behavied. Ecosystem: Archaealectrornis lived alongside a variety of animals in the Brule Formation. This was a freshwater lake environment near a volcano, which would bury the creatures very quickly, leading to an extensive number of fossils. It would have been a fairly sandy lake, and thus a large one, but also with extensive mud. There were also a lot of flowering plants in this region. There were many kinds of dinosaurs that lived alongside Archaelectrornis, such as the bird of prey Buteo grangeri, pseudotoothed birds, the large predatory birds Paracrax and Bathornis, and the other curassow relative Palaeonossax. Reptiles such as soft-shelled turtles, snakes, and lizards were extremely common as well.  Archaelectrornis also lived with a variety of mammals such as rodents, ruminants, swamp rhinos, rhinos, ruminating hogs, entelodonts, horses, rabbits, shrews, camels, leptictids, false sabre-tooth cats, dogs, bear-dogs, hippo-whales, peccaries, deer relatives, insectivores, and more. Thus, as far as potential predators go, Archaealectrornis would probably have been most nervous around Buteo, paracrax and Bathornis, and of course the variety of cats, dogs, and bear-dogs. Other: Archaealectrornis was originally thought to be a stem-chicken, but is now thought to be a curassow relative that convergently evolved similarities to chickens. ~ By Meig Dickson Sources under the cut  Burke, J. J. 1934. New Duchesne River Rodents and a Preliminary Survey of the Adjidaumidae.  Annals of Carnegie Museum 23:391-398 Denson, N. M., J. R. Gill. 1965. Uranium-bearing lignite and carbonaceous shale in the southwestern part of the Williston Basin – a regional study, with a section on heavy minerals in Cretaceous and Tertiary rocks associated with uranium occurrences.  United States Geological Survey Professional Paper 463:1-75 Hoganson, J. W., G. E. Lammers. 1992. North Dak Geol Surv Misc Ser. 76 Jobling, J. A. 2010. The Helm Dictionary of Scientific Bird Names. Christopher Helm Publishing, A&C Black Publishers Ltd, London. Lithostratigraphy, Paleontology, and Biochronology of the Chadron, Brule, and Arikaree Formations in North Dakota. NPS.gov. Mayr, G. 2009. Paleogene Fossil Birds. Springer-Verlag Berlin Heidelberg. Stevens, K. K. 1995.  27(3):88 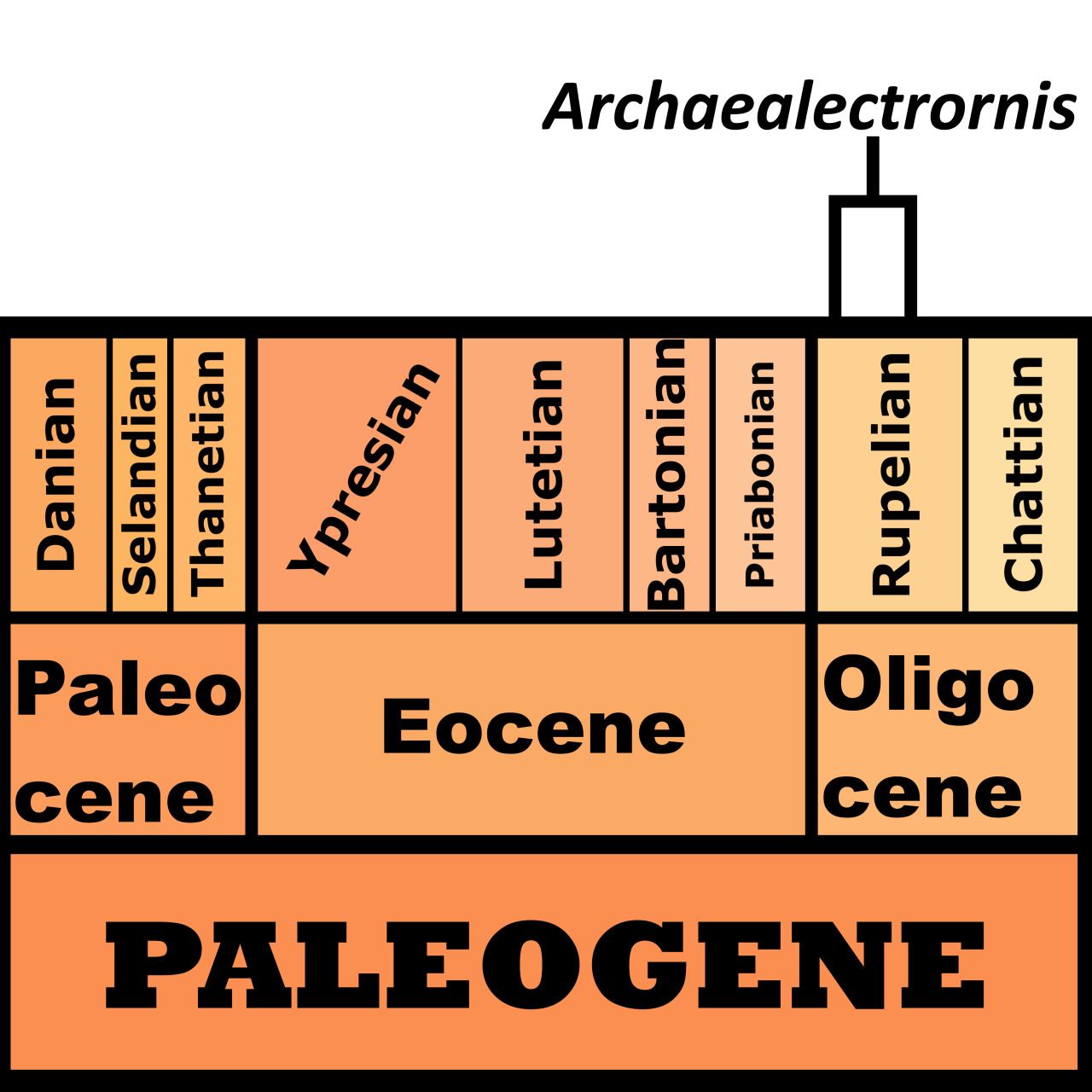